You came to me this morning
And you handled me like meat
You’d have to be a man to know
How good that feels, how sweet

My mirror twin, my next of kin
Id know you in my sleep
And who but you would take me in
A thousand kisses deep

I’m good at love,
I’m good at hate
Its in between I freeze
Been working out but its too late
Its been too late for years

But you look good, you really do
They love you on the street
If you were here I’d kneel for you
A thousand kisses deep

I ran with Diz, I sang with Ray
I never had their sweet
But once or twice they let me play
A thousand kisses deep

Well, that’s my story I admit it
It’s broken and it bleak
but all the twisted pieces fit
A thousand kisses deep

Mr. Allen, do you truly believe that happiness in life is impossible?

This is my perspective and has always been my perspective on life. I have a very grim, pessimistic view of it. I always have since I was a little boy; it hasn’t gotten worse with age or anything. I do feel that’s it’s a grim, painful, nightmarish, meaningless experience and that the only way that you can be happy is if you tell yourself some lies and deceive yourself.

I think it’s safe to say that most people would disagree.

But I am not the first person to say this or even the most articulate person. It was said by Nietzsche, it was said by Freud, it was said by Eugene O’Neill. One must have one’s delusions to live. If you look at life too honestly and clearly, life becomes unbearable because it’s a pretty grim enterprise, you will admit.

I have been very lucky and I have made my talent a very productive life for me, but everything else I am not good at. I am not good getting through life, even the simplest things. These things that are a child’s play for most people are a trauma for me.

Can you give me an example?

Checking in at an airport or at hotel, handling my relationships with other people, going for a walk, exchanging things in a store… I’ve been working on the same Olympia Typewriter since I was sixteen – and it still looks like new. All of my films were written on that typewriter, but until recently I couldn’t even change the color ribbon myself. There were times when I would invite people over to dinner just so they would change the ribbon. It’s a tragedy.

Do you distrust the good things in life?

Life is full of moments that are good – winning a lottery, seeing a beautiful woman, a great dinner – but the whole thing is tragic. It’s an oasis that is very pleasant. Take a film like Bergman’s The Seventh Seal. This is a film of great tragedy, but there is a moment when he is sitting with the children and drinking milk and eating wild strawberries. But then that wonderful moment passes and you come back to what existence really is.

Are you equally pessimistic about love?

You are much more dependent on luck than you think. People say if you want to have a good relationship, you have to work at it. But you never hear it about anything you really like, about sailing or going to soccer games. You never say: I have to work at it. You just love it. You can’t work at a relationship; you can’t control it. You have to be lucky and go through your life. If you are not lucky you have to be prepared for some degree of suffering. That’s why most relationships are very difficult and have some degree of pain. People stay together because of inertia, they don’t have the energy. Because they are frightened of being lonely, or they have children.

Can a man love two women at the same time?

More than two. (Laughs) I think you can. That’s why romance is a very difficult and painful thing, a very hard, very complicated thing. You can be with your wife, very happily married, and then you meet some woman and you love her. But you love your wife, too. And you also love that one. Or if she’s met some man and she loves the man and she loves you. And then you meet somebody else and now there are three of you. (Laughs) Why only one person?

It’s important to control yourself because life gets too complicated if you don’t, but the impulse is often there for people. Some say society should be more open. That doesn’t work either. I think it’s a lose-lose situation. If you pursue the other woman, it’s a losing situation and it’s not good for your relationship or your marriage. If your marriage is open and you’re allowed to, that’s no good either. There’s no way, really in the end, to be happy unless you get very lucky.

Do you ever cry?

I cry in the cinema all the time. It’s probably one of the only places I ever cry, because I have trouble crying. In Hannah and Her Sisters there was a scene where I was supposed to cry, and they tried everything, but it was impossible. They blew the stuff in my eyes and I couldn’t cry, but in the cinema I weep. It’s like magic. I see the end of Bicycle Thieves or City Lights. It’s the only place – never in the theater and almost never in life.

You used to star in almost all of your films, but in recent years you’ve been in less and less of them. Why?

Only because there is no good part. For years I played the romantic lead and then I couldn’t play it anymore because I got too old. It’s just no fun not playing the guy who gets the girl. You can imagine how frustrating it is when I do these movies with Scarlett Johansson and Naomi Watts and the other guys get them and I am the director. I am that old guy over there that is the director. I don’t like that. I like to be the one that sits opposite them in the restaurant, looks in their eyes and lies to them. So if I can’t do that it’s not much fun to play in the movies.

What’s your take on getting older?

Will you ever stop making films?

I simply enjoy working. Where else could I develop ambition? As an artist, you are always striving toward an ultimate achievement but never seem to reach it. You shoot a film, and the result could have always been better. You try again, and fail once more. In some ways I find it enjoyable. You never lose sight of your goal. I don’t do my job to make money or to break box office records, I simply try things out. What would happen if I were to achieve perfection at some point? What would I do then? 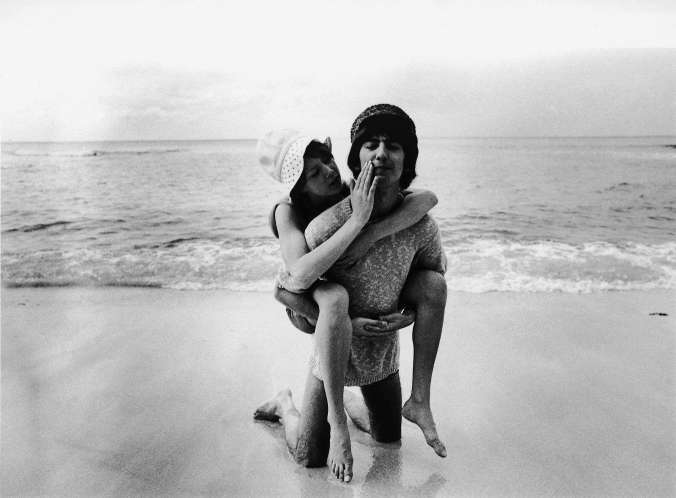